Home > What You Can Do > Veg Day Challenge 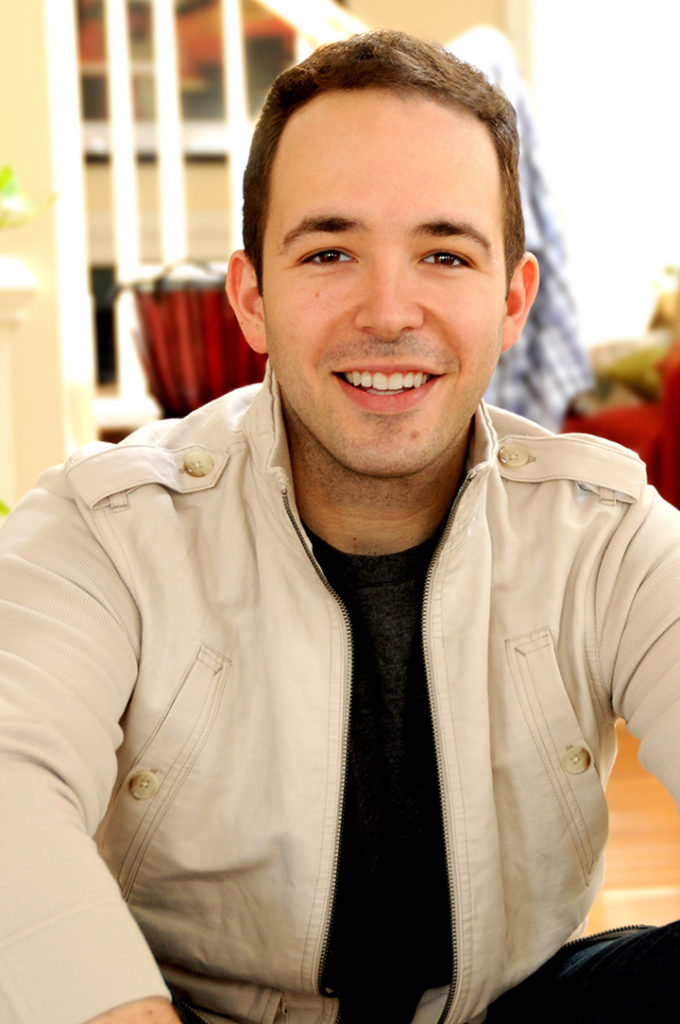 Bring the celebration to your community
by Michael Parrish DuDell

Some people love Christmas; others are crazy about birthdays or anniversaries. But my favorite holiday is far less traditional and one you probably won’t find on the cover of a Hallmark greeting card. The holiday I look forward to each year is World Vegetarian Day. On October 1, I celebrate the festive day by spending time with my community and finding creative ways to educate others about the benefits of a plant-based diet. Whether it’s cooking a delicious vegan brunch or getting meat-free commitments from friends, World Vegetarian Day is the time to share your compassionate message with the world. And so, in the spirit of leading by example, I’d like to share my story with you.

I was born and raised in Tampa, Florida in a family that, while focused on healthy eating, still consumed its fair share of animal products. As I got older, I began to consume the same kind of junk food that many of my peers were eating. Not surprisingly, by the time I was 17, I weighed 255 pounds and was in miserable shape. I still remember taking frequent trips to my favorite restaurant where I’d order a half-pound burger topped with bacon, cheddar cheese, mayo and a four-ounce patty of fried mozzarella on top. I’d upgrade, of course, to the onion rings and get plenty of ranch dressing for dipping.

Did I understand the health ramifications of my actions? Probably. But what I didn’t consider was how my choices were affecting the world around me. For instance, I had no idea that animal agriculture creates more methane and nitrous oxide omissions than any other industry in the world. Nobody ever told me that if every American exchanged one meal of chicken per week for a vegetarian option, the carbon dioxide savings would be the same as taking more than half a million cars off the road. I hadn’t yet learned that raising animals for food is the greatest contributor to deforestation and generates a catastrophic amount of land and water pollution. And what about the cruelty of it? Was I okay with signing the death warrant of more than 10 billion animals each year?

After having this epiphany one night over a plate of chicken and buttery mashed potatoes, I decided to give vegetarianism a try – just a try – and see how I felt. Truth be told, I had no desire to make it a permanent lifestyle change, let alone become vegan. But as I began to eliminate animal products from my diet, I noticed some pretty miraculous changes: The acne I’d struggled with for years disappeared overnight; my eyes got brighter; my body felt stronger; I started to feel good – really, really good Almost 10 years later and 85 pounds lighter, that prodigious feeling of euphoria has never gone away. Moreover, I have what seems like an unlimited amount of energy and wake up each day knowing that I’m choosing the most responsible choice for my planet, my body and my fellow animals.

Making the connection between what I consume and how it affects the world around me was perhaps the greatest discovery I’ve ever made. It taught me that simply by eating in a different way, I have the power – the awesome power – to help create a more sustainable future.

In a recent interview, I was asked to pinpoint the greatest reward of going vegan. My answer was simple: The greatest reward, I said, is that veganism has granted me infinite rewards. It’s like getting one wish and wishing to have a million more wishes. As World Vegetarian Day approaches, I challenge each and every one of you to share your story of vegetarian living with the world and find new and exciting ways to help create a cleaner, kinder and more compassionate planet.

We all have a voice; we all have a heart. Combine the two and amazing things begin to happen. This, I promise.