Below is a sampling of past winners’ answers to our questions about their experience taking the Pledge to Go Veg. 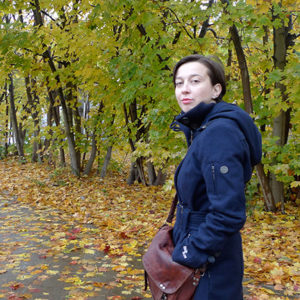 Melisa Gray-Ward from Australia (living in Germany) won $1,000.   She Pledged to Go Veg for one month.

What inspired you to enter the contest?
Melisa: Funnily enough the contest element was secondary to why I signed up. I mostly wanted just to submit my pledge as a way of consciously committing to vegetarianism.

How did you hear about the contest?
Melisa: I randomly stumbled upon the contest online while searching for information about becoming vegetarian. A lucky find!

Was it difficult to give up meat?
Melisa: Not really. By the time I made the pledge I was informed about my decision and definitely ready to make a change for the better!

What did you eat instead of meat?
Melisa: I enjoyed cooking delicious curries and soups using legumes and lots of spices, but my favorite dish was probably shoyu-marinated seitan, served with brown rice, ginger, sesame seeds and baby spinach. Yum! I was also inspired by the thoughtful (vegan) recipes in Alicia Silverstone’s cookbook The Kind Diet.

How did you feel during the month?
Melisa: I felt great! No longer eating meat, poultry or seafood forced me to expand my kitchen repertoire and, in turn, taught me what other foods I could benefit from nutritionally.

What were your hardest times?
Melisa: The hardest time was probably when visiting friends for dinner and making sure I had advised them in advance about my dietary habits. Otherwise it wasn’t hard at all; many restaurants (at least in Berlin where I live, and Melbourne, Australia where I am from) have wonderful veggie options, and some places now cater for vegans. I didn’t feel like I was missing out on anything by not eating meat; instead, I was really happy to experiment with the new-found options on the menu I previously overlooked.

What did your family and friends think about your giving up meat?
Melisa: I’m really lucky to have several close friends who are already vegetarian and vegan; there is a lot of recipe swapping going on! Those who are not vegetarian are mostly supportive, and thus far I’ve managed to avoid the naysayers.

What changes have you noticed in the last year?
Melisa: I’ve definitely become more conscious in considering where my food comes from… All-round, my diet has improved, especially since I’m making a conscious effort to get the right quota of essential vitamins and minerals. From a mental health perspective, I feel really happy knowing I’ve made a decision that is right for me.

Are you still following the diet?
Melisa: Yes, gladly. Over the past year I had one slip-up at a friend’s place for dinner where seafood was served, but otherwise I’ve remained on track, with no plans to renounce my vegetarianism.

Have any of your friends or family decided to follow the diet?
Melisa: I’m not sure if I’ve inspired anyone to take the leap yet, but it is great to share knowledge and information with carnivorous friends and family in a non-sanctimonious manner. Winning the contest is certainly a fantastic talking point! 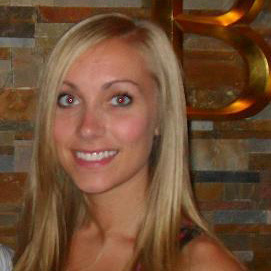 Samantha Walters of Florida won $1,000.  She Pledged to Go Veg for one month.

What inspired you to enter the contest?
Samantha: I have always been very pas­sionate about animals and I thought this contest would give me insight on what a completely veg­etarian lifestyle would be like.

Was it difficult to give up meat?
Samantha: At first giving up meat was difficult because I had to find a completely new way of eating, but after the first week I found so many alternatives I didn’t have any trouble.

What did you eat instead of meat?
Samantha: I increased the amount of vegetables I ate, such as broccoli, spinach, carrots, sweet potatoes and squash. I also found vegetarian recipes that contained a lot of different beans, as well as started to take multivitamins every day to make sure I wasn’t missing any nutrients.

How did you feel?
Samantha: Great! I felt so healthy and rejuvenated every morning.

What were your hardest times?
Samantha: The hardest times were when I would go out to eat or get fast food, there aren’t as many options for someone with a vegetarian diet at most places making it hard to eat properly.

Are you still following the diet?
Samantha: Yes! I love it and I can’t imagine going back to eat­ing meat. 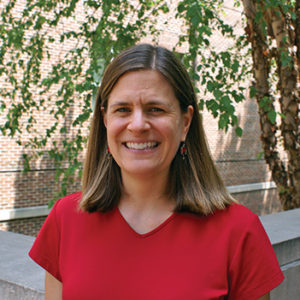 Theresa Palmer of North Carolina won $500.   She Pledged to Go Veg for one week.

What inspired you to enter the contest?
Theresa: I have been interested in vege­tarianism for some time. I didn’t really think about the likelihood of winning the contest since I’ve not traditionally been someone who was ‘lucky’ that way but I was more interested in the challenge of pushing myself to be diligent about eating only vegetarian for a period of time. I had recently read Eating Animals by Jonathan Safran Foer and was so horrified by all that I learned that I was particu­larly inspired to avoid factory farmed meat.

Had you ever thought of trying a vegetarian diet before?
Theresa: I hadn’t before made a dedicated pledge to go a period of time eating only vegetarian.

Was it difficult to give up meat?
Theresa: It wasn’t very difficult since I really love vegetables AND my husband was supportive as well as a wonderful cook.

What did you eat instead of meat?
Theresa: The big addition that we now enjoy on a regular basis is grilled thinly sliced extra firm tofu with sriracha to spice it up.

How did you feel?
Theresa: I did it for a week and felt good.

What were your hardest times?
Theresa: I don’t recall any, other than making it clear to others that I wasn’t eating meat when we were dining together.

Are you still following the diet?
Theresa: I eat primarily vegetarian (not vegan) but do occasionally eat locally raised meat (non-factory farmed).

Norman Oshiro from Hawaii won  $250.  He Pledged to Go Veg for one day.

What inspired you to enter the contest?
Norman: I try to eat organic most of the time and felt that trying a vegetarian diet for a day or two would be easy to stick to.

Had you ever thought of trying a vegetarian diet before?
Norman: I have in the past but couldn’t stick with it for a long period.

Was it difficult to give up meat?
Norman: Not for a day. If it was for a month that would be difficult.

How did you feel?
Norman: Now that I do it once a week I feel more energetic. I’m able lose weight slowly and keep it off.

What were your hardest times?
Norman: Dinner time when I usually eat meat.

Are you still following the diet?
Norman: Yes, once a week.